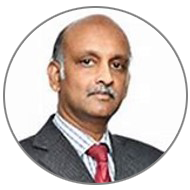 Rajesh Ramloll SC is Deputy Solicitor-General at the Attorney-General’s Office in Mauritius.  He holds a specialist LLM in taxation from the Centre for Commercial Law Studies, Queen Mary, University of London. He is the current President of the International Fiscal Association (IFA), Mauritius Branch and is a member of the General Council of IFA (Netherlands). Mr. Ramloll is a Fellow of the Hon. Society of Advanced Legal Studies (London).

Mr. Ramloll acts regularly for the Mauritius Revenue Authority before the Supreme Court in Mauritius and before the Judicial Committee of the Privy Council in London.  He has for the last 20 years been involved in tax treaty negotiations.  He regularly advises the Government on legal aspects of financial matters.  He sits as the Vice Chair of the Financial Services Commission.  As an assessor of the OECD Global Forum, he has carried out tax transparency assessments in many countries on behalf of the Global Forum.

He is a tax reviewer and author of the International Bureau of Fiscal Documentation (IBFD) – (Netherlands).  Mr. Ramloll took silk in 2016 and is  Senior Counsel.